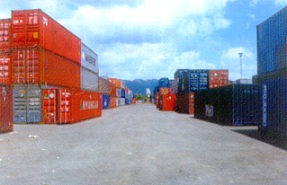 ICD DDL is situated on the main line on JAMMU-AMRITSAR-DELHI and only next to Ludhiana on Ludhiana-Ambala section. ICD-DDL is contiguously situated with the DDL railway yard. Ludhiana has its name in Punjab and whole of India due to large number of cottage and small scale wollen industries for hosiery and is also rightly called as the Manchester of India. This city is ideally located in the middle of the state and conveniently approachable from the industries spread all over Punjab, hence rightly called the Industrial capital of the State, therefore the best choice for the ICD to act as Hub centre. This ICD caters to the other neighbouring states of Himachal Pradesh, J&K, Haryana and Rajasthan.

ICD has a modern infrastructure, 90% of the area is paved with concrete block flooring using latest technology. There are modern warehouses both for import and export handling of cargo with an area of 5000 sq. Mtrs.. We have the facility of customs clearance of export & import cargo and storage of customs cleared cargo, consolidation of LCL cargo, office of the Asst. Commissioner of Customs having his team of officers who takes care of all customs clearance.

There are more than 6000 exporters and as many as 5000 importers using CONCOR facility in a big way.

Our CFS is being notified by Customs for clearance of Air Cargo. Air cargo traffic from our CFS to Airport at Amritsar and New Delhi will be commenced.